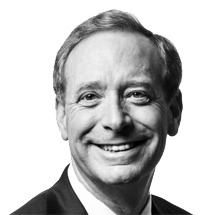 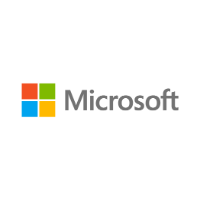 In this role Smith is responsible for the company’s corporate, external, and legal affairs.  He leads a team of more than 1,300 business, legal and corporate affairs professionals working in 55 countries.  These teams are responsible for the company’s legal work, its intellectual property portfolio, patent licensing business, corporate philanthropy, government affairs, public policy, corporate governance, and social responsibility work.  He is also Microsoft’s chief compliance officer.  Smith plays a key role in representing the company externally and in leading the company’s work on a number of critical issues including privacy, security, accessibility, environmental sustainability and digital inclusion, among others.

Smith joined Microsoft in 1993, and before becoming general counsel in 2002 he spent three years leading the Legal and Corporate Affairs (LCA) team in Europe, then five years serving as the deputy general counsel responsible for LCA’s teams outside the United States.

Smith has overseen numerous negotiations leading to competition law and intellectual property agreements with governments around the world and with companies across the IT sector.  He has played a leading role within Microsoft and in the IT sector on government surveillance, privacy, intellectual property, immigration and computer science education policy issues.  As the senior executive responsible for ensuring Microsoft fulfills its corporate responsibilities, he has helped the company achieve its consistent ranking in the top 2 percent of the S&P 500 for corporate governance scores.  He has played a leadership role locally and nationally on numerous charitable, business and legal initiatives.  In 2013 he was named by the National Law Journal as one of the 100 most influential lawyers in the United States.  In 2014, the New York Times called Smith “a de facto ambassador for the technology industry at large.”

In addition to his work at Microsoft, Smith is active in several civic and legal organizations and in the broader technology industry.  In March 2015, Smith joined the Netflix board of directors.  He also works to advance several significant diversity and pro bono initiatives, serving as chair of the board of directors of Kids in Need of Defense (KIND) and as chair of the Leadership Council on Legal Diversity (LCLD).  In addition, Smith chairs the board of the Washington State Opportunity Scholarship program, at the appointment of the governor.

Smith grew up in Appleton, Wisconsin, where Green Bay was the big city next door.  He attended Princeton University, where he met his wife, Kathy (also a lawyer), and graduated summa cum laude with a concentration in international relations and economics.  He earned his J.D. from the Columbia University School of Law and studied international law and economics at the Graduate Institute of International Studies in Geneva, Switzerland.  Prior to joining Microsoft, he was an associate and then partner at the Washington, D.C.-based firm of Covington and Burling, where he is still remembered as the first attorney in the long history of the firm to insist (in 1986) on having a personal computer on his desk as a condition for accepting a job offer.  He can be followed at http://twitter.com/@bradsmi.