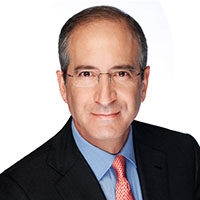 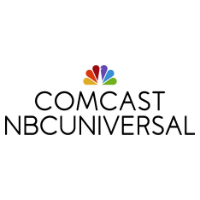 Brian L. Roberts is Chairman and CEO of Comcast Corporation.  Under his leadership, Comcast has grown into a global Fortune 50 company uniquely positioned at the intersection of media and technology with two primary businesses, Comcast Cable and NBCUniversal.

Brian has won numerous business and industry honors for his leadership.  Most recently, he was recognized by Barron’s as one of the world’s 30 best CEOs, named “Businessperson of the Year” by Fortune magazine and named one of America’s top CEOs by Institutional Investor magazine for the ninth time.  Brian is the recipient of the Ambassador for Humanity Award from the USC Shoah Foundation Institute for his visionary leadership and philanthropic work in education and technology.  He also received the Humanitarian Award from the Simon Wiesenthal Center.

Brian is a member of the Business Roundtable and also served on the President’s Council on Jobs and Competitiveness.  He is a member of the Board of Directors of the National Cable & Telecommunications Association (NCTA), where he served as Chairman for two consecutive terms.  Brian is also Director Emeritus of CableLabs, the research and development consortium for the cable industry, where he served three terms as Chairman.

An All-American in squash, Brian competed five times in the Maccabiah Games in Israel.  He and his wife, Aileen, live in Philadelphia.