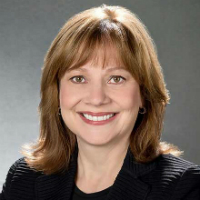 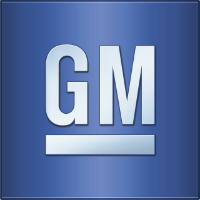 Mary Barra is Chairman and Chief Executive Officer of General Motors Company.  Barra was elected Chairman of the GM Board of Directors on January 4, 2016, and has served as CEO of GM since January 15, 2014.

Under Barra’s leadership, GM is focused on strengthening its core business of building great cars, trucks and crossovers, while also working to lead the transformation of personal mobility through advanced technologies such as connectivity, electrification, autonomous driving and car sharing.  Barra has also established a strategic direction based on putting the customer at the center of everything the company does, all around the world.

In 1990, Barra graduated with a Masters in Business Administration from the Stanford Graduate School of Business after receiving a GM fellowship in 1988.

Barra began her career with GM in 1980 as a General Motors Institute (Kettering University) co-op student at the Pontiac Motor Division.  She graduated with a Bachelor of Science degree in electrical engineering in 1985.

In 2014, Barra and her husband, Tony, chaired the Detroit International Wine Auction, raising a record $2.4 million for scholarships and community arts programs through the College for Creative Studies.  In 2012, they chaired the Barbara Ann Karmanos Cancer Institute’s 30th annual dinner, which raised nearly $1.7 million for cancer research.