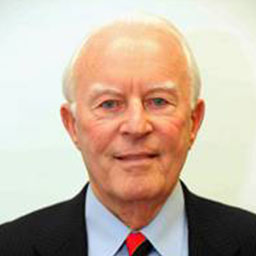 Mr. Smith has been Chairman and CEO of the MIND Research Institute since 2005.  After founding FileNet Corporation in 1982, Mr. Smith led the company as chairman and CEO until 1998 and continued as a director until the company was acquired by IBM in 2006.  Revenue at that time was approximately $500 million.  FileNet is the worldwide leader in software for document image processing, electronic document management, Enterprise Content Management and Internet Workflow applications.

Prior to founding FileNet, Mr. Smith was president and chief executive officer of Basic Four Corporation, a small business computer manufacturer, from 1975 to 1981.  During this time, he was also a director of Basic Four’s parent corporation, MAI, a New York Stock Exchange listed company.  Under his management, Basic Four grew from $40 million to $220 million in product revenue with over 20,000 customers worldwide.

Mr. Smith was the executive vice president and a director of Sycor, Inc. before joining Basic Four.  Sycor, also a New York Stock Exchange listed company, was the first manufacturer of intelligent terminals.  Mr. Smith helped build the company from a start-up to $54 million in revenue before he left to head Basic Four in 1975.

The Institute of American Entrepreneurs named Mr. Smith Entrepreneur of the Year for Southern California in 1987.  Mr. Smith is a director of two information technology companies including, Apriso Corporation, a supplier of manufacturing execution software and WebVisible, an internet advertising firm.

Mr. Smith has a bachelor of science in engineering from the University of Maryland and did graduate work in computer science and business at UCLA.  After receiving his university degree, he served two years as an Air Force officer in charge of a radar site on an island in the China Sea.