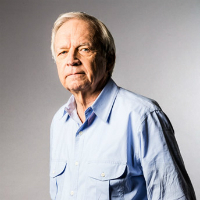 Tom is a co-founder of Madrona and is active on several portfolio company boards.  Tom has also served on the boards of numerous public and private companies and is a director of Amazon.com on which he has served since before it went public in 1997.  Tom serves on the technology industry boards TechNet Northwest and the Washington State Technology Alliance.  He was formerly a member of the National Advisory Council on Innovation and Entrepreneurship.  He is also on the Investment Committee of the Seattle Foundation.  Ranked number 12 of the 35 most influential business leaders in the Seattle area by Puget Sound Business Journal.  “The most difficult part of my job?  Measuring my enthusiasm for every idea I hear.  There are a lot of exciting ideas out there.”

Immediately prior to co-founding Madrona Investment Group in 1995, Tom served as president of public companies LIN Broadcasting Corporation and Executive Vice President of McCaw Cellular Communications, Inc. Previously, he was chair of the Executive Committee and Partner in the Northwest’s largest law firm, Perkins Coie, where he was principal counsel for The Boeing Company, Alaska Airlines and a number of early technology companies.  Before that he was an attorney with Cravath, Swaine & Moore in New York.  He is past chair of the Washington State Technology Alliance and the Discovery Institute, past chair of the Pacific Science Center and past president of Intiman Theater in Seattle.  He was co-chair of the capital campaign for the Computer Science and Engineering Department’s new building at the University of Washington.

“Not every investment has been a home run.  You learn something from each investment, and you apply it to the next one.  If you don’t invest in a Home Grocer, you’ll never invest in an Amazon.com.  Our ability and willingness to take risks has made us who we are today.”

In addition to being an avid sailor, Tom joined forces with celebrated winemaker Mike Januik to build the Novelty Hill Januik winery in nearby Woodinville, WA.  He was also one of the principal participants in the development the Four Seasons Hotel in downtown Seattle.